Doing our bit for Bethal 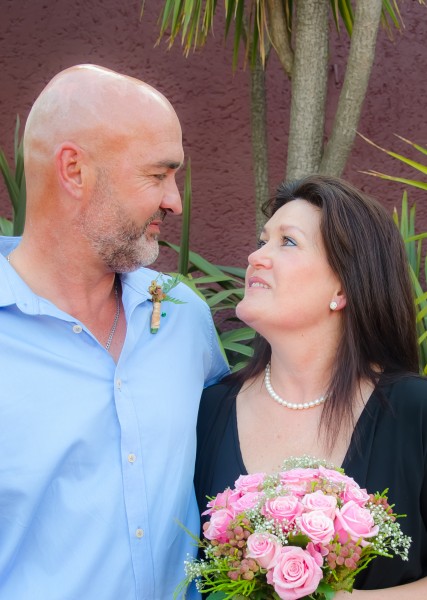 We at The Lodge Bethal was privilege to witness a very unique wedding.  Henk Griesel had asked Madelyn Rossouw numerous times to get married and she just was not ready to take the big step.  When she finally decide now is the time she called me to help her to plan a surprise wedding for them.  Every little detail was done so secretively that Henk did not suspect a thing. As there home is far away, he had to be lured to Bethal under the assumption they where attending a fundraising!  Saturday three December 2016 she asked him to join her at The Lodge Reception to greet us. Just there and then in the lobby without notice she gave the most romantic speech to him, and then ask him if he would be her husband. He was stunned and could barely say yes!  Little did he know the wedding would happen within minutes. Once Henk got over the shock of getting married, they walked on rose petals to where the Minister was waiting for them to unite them into marriage.  After they signed the registry, we celebrated with snacks and bubbly champagne with them to a long and happy marriage.

Karlien van Jaarsveld was here at The Lodge Bethal

Please enquire for specials on direct bookings!
Call us on Tel: (017) 647 2173 or Email: thelodge@telkomsa.net